Located a couple blocks from heart of downtown’s casino district, Pie Face Pizza Company sells thin crust, American style pizza.   While their pizza is thin enough to qualify as New York style pizza, Pie Face has two traits that mark it as more of a “American Style” pizza: 1.  They use more cheese than the average New York pizza. 2.  Their pizzas have a unique “braided” end crust.

A cheese slice with the braided crust from Pie Face Pizza Co.

While the braided end crust is interesting, one big drawback is that the braiding appears to the compress the dough and it results in a rather dense end crust (see picture below). 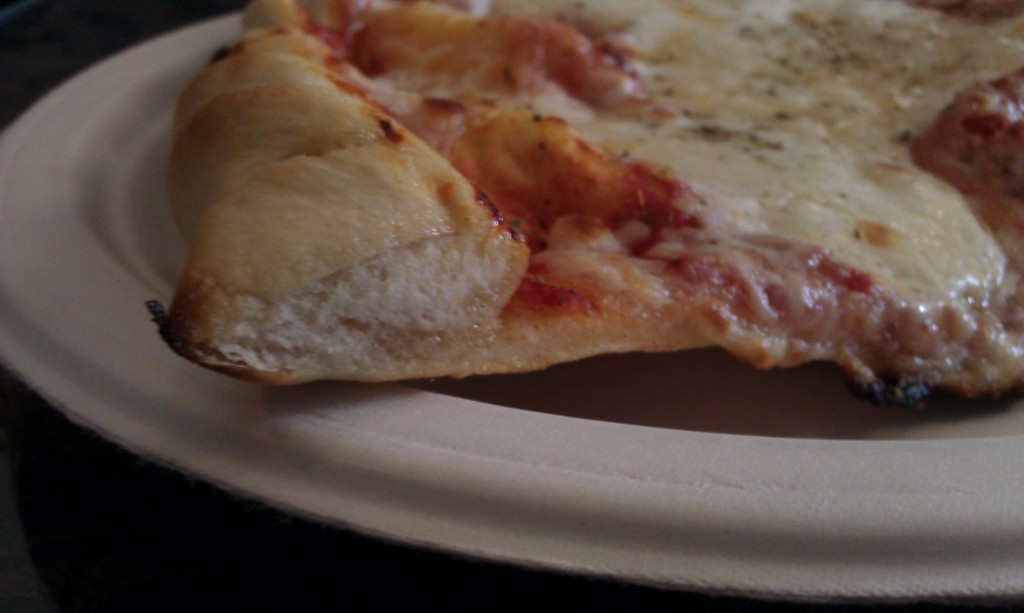 Pie face is located right next to the entrance to the low rent El Cortez Hotel on the northeast corner of 2nd and N. Arlington streets.  It’s actually kind of tough to find because their sign blends in with that of the Hotel. 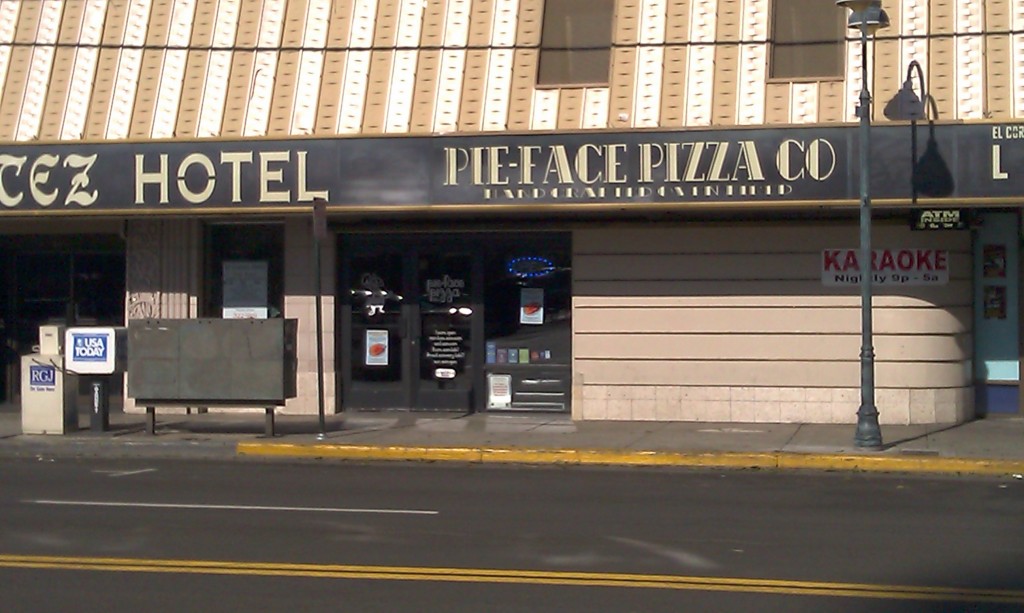 The interior looks nicer and more inviting than the exterior and has about 30 seats.  There’s even a small hang-out couch/chairs up front with a big screen TV if you want to veg out a bit while scarfing down your slice.

The service is fast casual where you order at the counter and then they bring your pie/slice out to you.  The people that work there are friendly and low key. 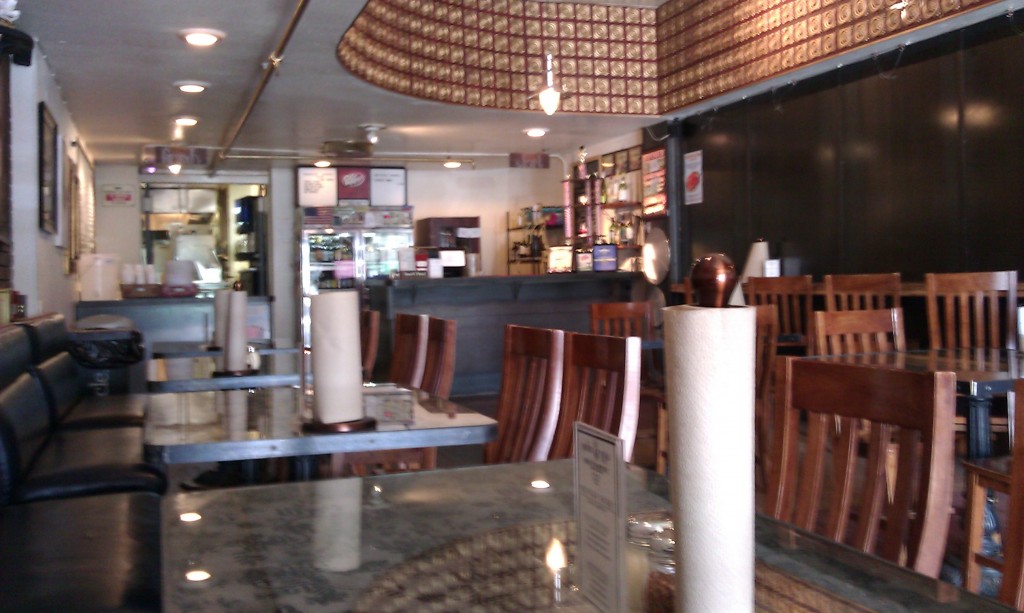 Pie Face has about 30 seats, plenty for a late night group

From a value perspective, Pie face’s pricing is very close to Blue Moon: $3.50 for a plain slice and $19 for a large (although their large is a full 20″).

Pie Face reminds me a bit of Blue Moon, in that the pizza is better than what you will get from Domino’s or Pizza Hut, but nothing I would go out of my way to consume.  In both cases, what prevents the pizza from reaching the next level is the crust.  In Pie Face’s case, the crust is quite thin, but it’s relatively dense and lacks chewyness and crispness.   I wish they would replace the braided crust with something lighter and more airy.

Pie Face apparently does a good amount of late night business (they stay open very late on Fri/Sat) that attracts a lot of people looking for a quick slice after a night of reveling downtown and in that regard I think the pizza probably hits the spot nicely.  If you are out and about downtown and craving a thin crust slice with ample cheese in a laid back environment, Pie Face is a good choice.