I’ve been to Blue Moon Gourmet Pizza a few times for lunch. Each time I’ve had the lunch special (1 slice, a salad, and a drink for $7.50) plus an extra slice. I usually have just a plain slice and a pepperoni slice as I am trying to use these “benchmark pizzas” as a basis for comparison to other places in town. 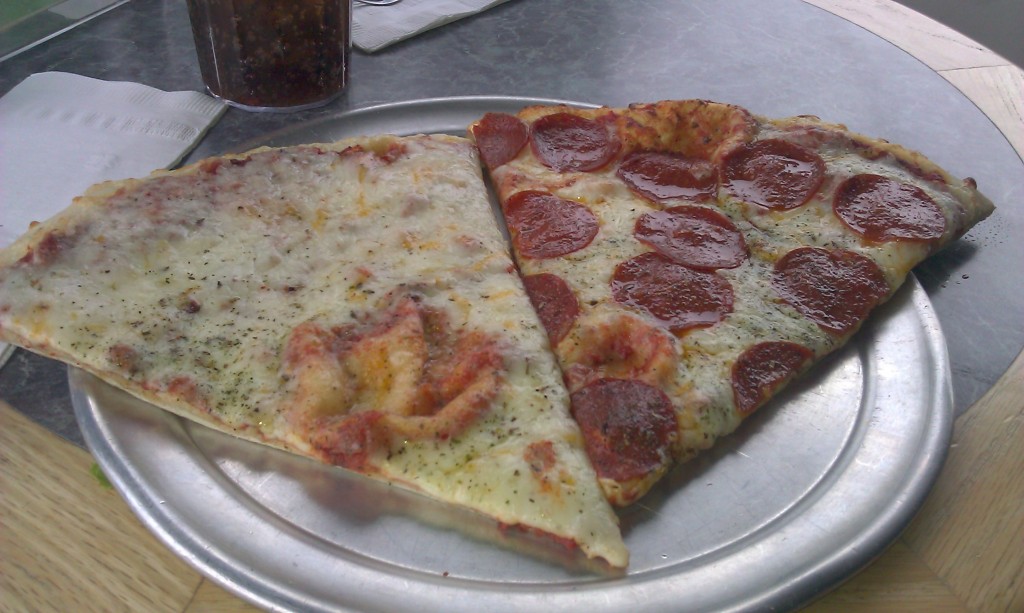 Truth be told, such “benchmarking” really isn’t fair to Blue Moon because their focus isn’t so much on the core pizza so much as it is on their gourmet “Blue Moon Style” topping combos, such as Yale’s Thai (Hoisin sauce, cheese, chicken, green onions, peanuts and shredded carrots) and Luna Azul (Refried beans, salsa, shredded chicken, olives, jalapenos, cheese, and lettuce). I have to give them props for their creativity and variety!

As to the core components of their pizza (crust, sauce, cheese), let me state up front that I’ve only had their slices and slices are usually a poor way to judge a pizza because they almost always are from pizzas made some time ago and then reheated. Reheating slices tends to harden the bottom and you really can’t replicate the “fresh out of the oven” taste no matter what you do. All that said, Blue Moon is above average, but not great, thin crust pizza. The pizzas are made from white flour and cooked in a standard gas pizza oven. The dough doesn’t appear to have a sourdough base as it lacks the chewyness you’d expect from sourdough. The crust is thin and not very pronounced (which can be good or bad depending on what you prefer). The sauce is on the sweet side for my taste, but not terribly remarkable one way or the other. Same thing goes for the cheese. I do like the oregano sprinkled on the slices though but had a hard time tasting it. 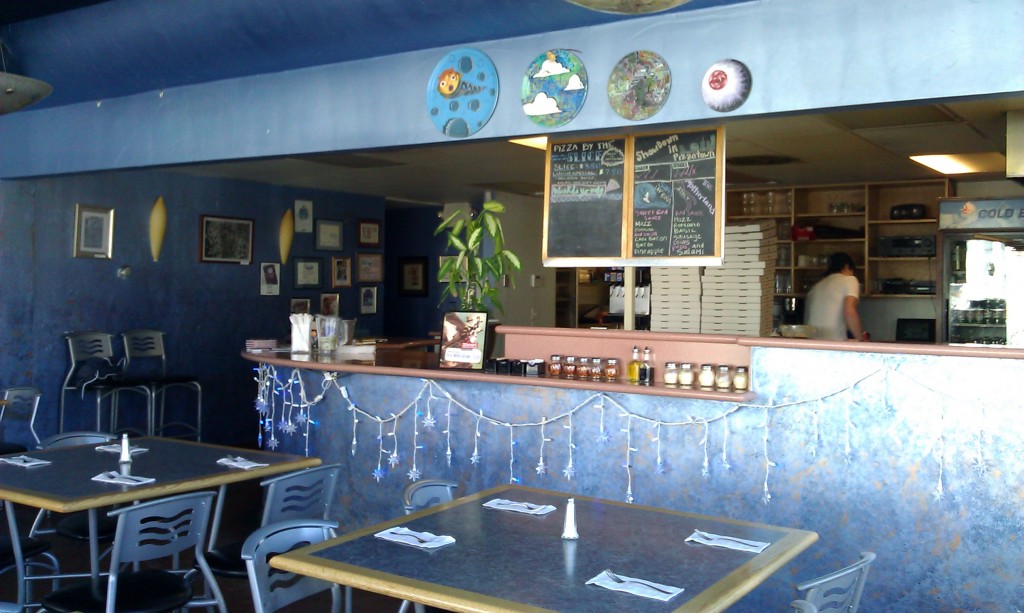 The restaurant is a classic casual sit down pizza restaurant. There are about 25-30 seats so it can accommodate groups without much of a problem and it is a clean, well lit space. There is no outdoor seating.  You order at the counter, but if you are eating in, they bring the food to your table. Service is friendly and low key. There are some salads and calzones and menu, but this is clearly a pizza joint first and foremost. They do take-out but not delivery. 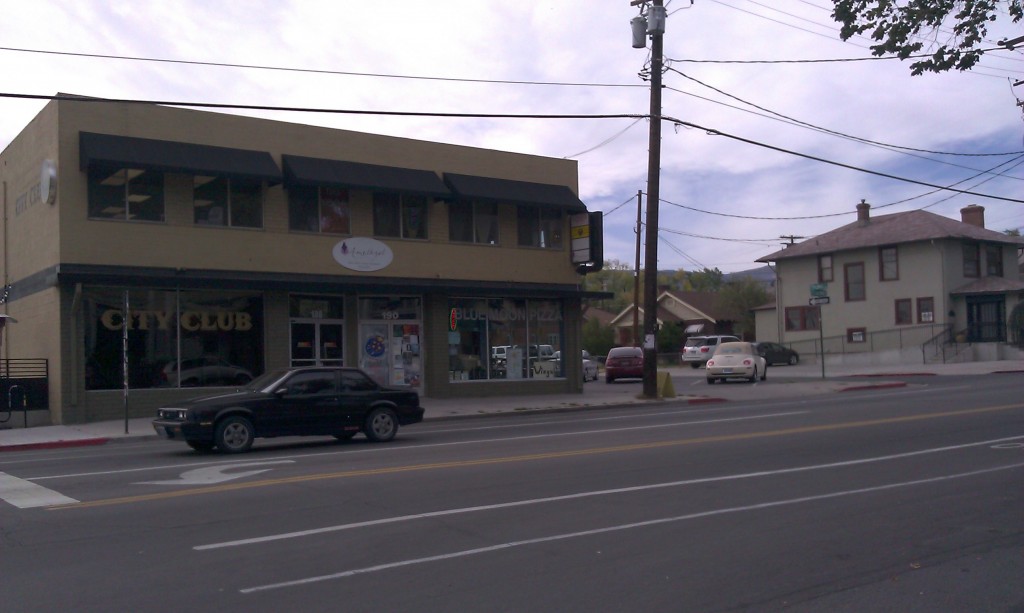 Blue Moon is on the right, on the south side of California

As to location, they are located on California Avenue very close to the southern side of downtown Reno making this an easy walk for lunch from courthouses or office buildings there.

Overall, I’d have to say that Blue Moon gets good marks for service, creativity and effort. The core pizza is above average and better than most chains, but not terribly distinctive which isn’t surprising given their focus on the Blue Moon Style gourmet topping combos.