Slice of the Peak

If you happen to be near Reno Aces’ stadium and are hankering for some pizza, look no further than across the street to Slice of the Peak.  Brought to you by the same folks behind the Silver Peak Restaurant & Brewery, Slice of the Peak serves of a unique whole barley flour pizza and plenty of Silver Peak’s micro-brewed beers.  Mmmm, pizza and beer, what could be better?

The most distinctive aspect of Slice of Peak’s pies are that they are made from barley flour using the same kind of barley they use in their beers.  I must admit I have never had a barley flour-based pizza before Slice of the Peak.  It has a distinctive, but not overwhelming barley taste.  The pizza dough also seems a bit softer and more malleable then white flour. 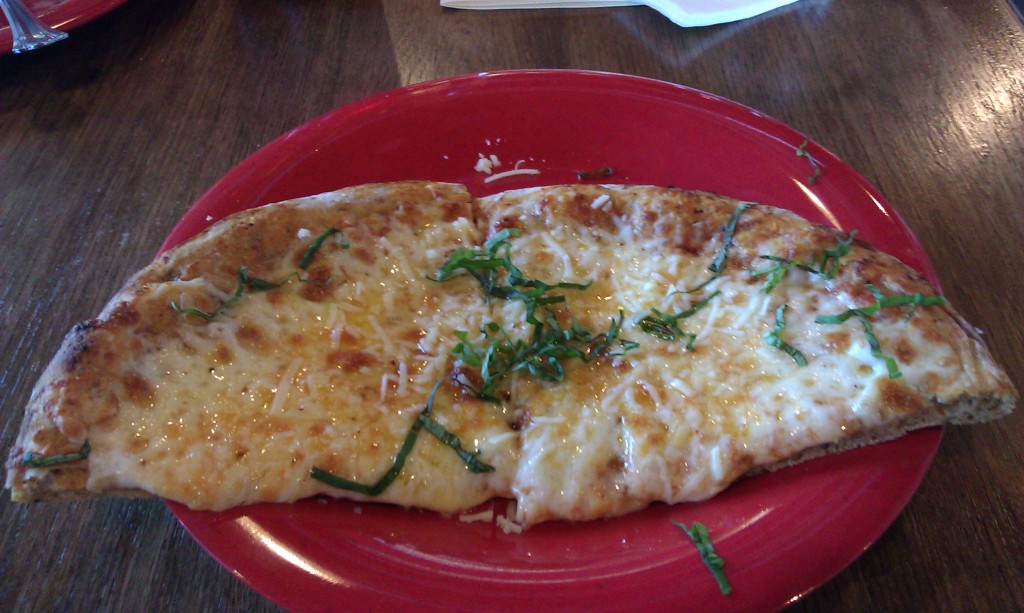 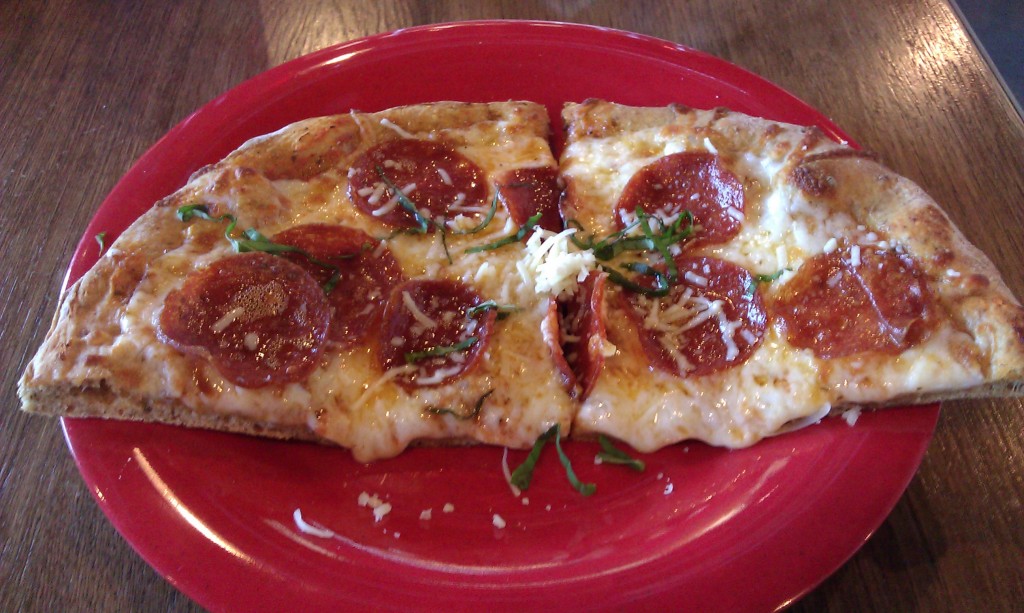 ... or perhaps you prefer a pepperoni pizza ?

The pizza is cooked in a classic gas fired pizza oven. I wouldn’t call it thin crust pizza in the classic Neapolitan or New York tradition, it’s more of a straight American pizza.  The combination of the gas fired oven and the whole wheat seems to impart a little less texture and carbon on the crust and bottom of the pizza than I’d like, but I found the overall package quite enjoyable.

Slice of the Peak is a Fast Casual restaurant.  You order at the counter, sit down, and they will bring the food out.  The interior of the restaurant is bright and lively.  They have plenty of space with a large main room including a bar, as well as a side room and outdoor space.  There is a room with pool and arcade games for hanging out and there is ample outdoor patio space to enjoy your pizza and beer “al fresco” when the weather permits. 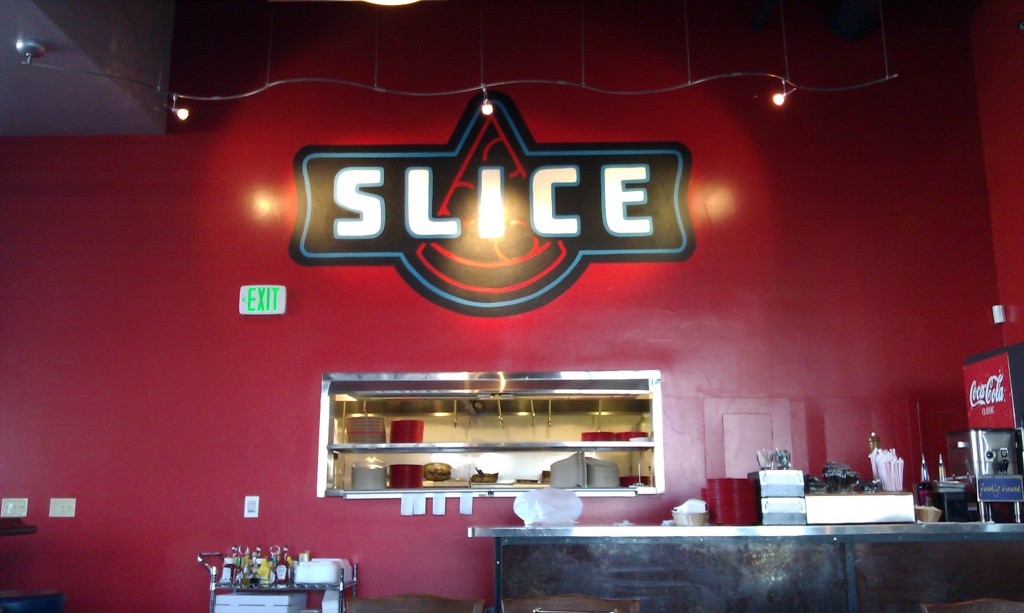 High ceilings and lots of space inside Slice

The menu includes some key non-pizza items including fries, wings, and onion rings as well as several salads and sandwiches which means between that and the beer, a non-pizza loving companion can be quite happy here.

Prices are about average and slices are a pretty good deal @ $2.75 each for what amounts to two smaller slices.  Service has been good when I’ve been there, but I haven’t been there on a game day when I expect it can get kind of hectic.

Overall, I’d say that Slice of the Peak is definitely worth checking out, especially if you are going to an Aces game and looking for somewhere casual to eat either before or after the game.  Their barley flour pizza is unique and tasty.  I have found that it pairs nicely with many of Silver Peak’s micro-brews (I am partial to the Sierra Amber) but that might just be the beer talking.